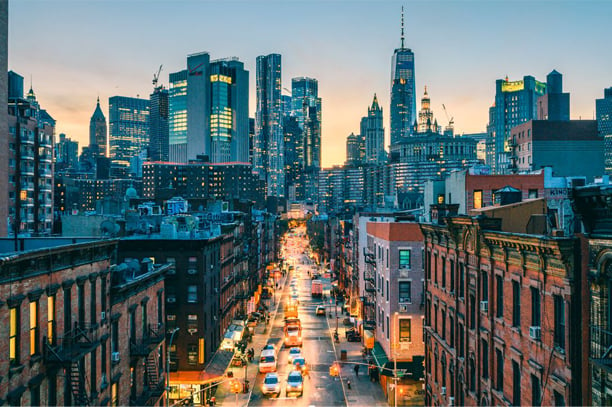 Are you planning on moving to New York? New York is a beautiful city, but it is also one where real estate and housing are always in flux. It is a constantly changing environment, and where things move pretty quickly.

This can make it hard for someone without the proper financial knowledge to find a  home in New York.

Best for people who want to live in New York’s coolest neighborhood and see some of the best shows and pictures.

West Village is a borough located on the West Side of Manhattan on the Hudson River. Located within a mile of many subway lines and right in between the 1 and 6 lines, the West Village is home to many museums, theaters, and beautiful parkways. This includes Stuyvesant Square, Hudson River Park, the High Line, and many more.

The neighborhood is also known for its quaint boutiques and restaurants, picturesque cobblestone streets, and reasonable prices on everything from furniture and real estate to food and drink.

West village is mainly special for its beautiful architecture, relaxing neighborhood, and urban feel. It is a place where you feel at home, at peace, and would not have any problems in calling it home. Also, it is very close to Central Park which is one of the best places in the city.

In terms of safety, with over 27,312 population, West Village is a safe neighborhood to live in. The crime rate is low and people rarely have to worry about their safety.

What is special about the West Village neighborhood is its unique culture and urban luxury. It has many trendy restaurants and cultural attractions that are easily accessible.

This New York Neighborhood is best for people who want to live in an area that is full of activities.

It is a neighborhood that offers a place for you to meet people from all walks of life and its residents are lively, upbeat,  diverse, and very successful people. This is also a perfect neighborhood for those who love to have a very stable lifestyle, and also want to come home to the same type of community.

Murray hill is located in the eastern part of Manhattan, at the heart of Broadway and Park Avenue. It is one of the oldest residential neighborhoods in New York City and has much history. With quiet streets, family-friendly restaurants, boutiques, parks, museums, and proximity to the subway and Central Park. Furthermore, it is the home of many of New York’s great schools, including the Harry S. Truman High School, and The New York Institute of Technology.

Murray Hill has proximity to many museums, theaters, and many shops, and restaurants around town. It is a great location for those who want to get a lot of different options in their day-to-day activities.

What makes it so special is the surrounding culture. It is so close to MetLife Stadium, Yankee Stadium, and the YES Network, which allows the neighborhood to provide various festivals and events. The perfect way for visitors to enjoy the culture of New York.

Best for people who want to live in an area with the best old and interesting buildings.

Washington Heights is one of the most populated neighborhoods in New York with more than 40,000 population. It was created as an upper-class residential area and is still considered a wealthy neighborhood of New York City.

The neighborhood is special for its history. It was once known as the “Downton Heights” area of New York City. If you want to live in a city that has so much history, this is the perfect location for you.

Best for people who want to live in a peaceful place where life is quiet and family is the number one priority.

The Upper East Side is an old and sophisticated area of Manhattan with great shopping and excellent restaurants. It is full of great landmarks and also home to the highest concentration of Art Museums in New York City. Apart from this, it is one of the most historical areas of New York City full of art galleries, museums, luxury shops, fine dining, world-class theaters, and many historic landmarks.

What is special about the Upper East side is its wide variety of upscale homes and apartment buildings. With these buildings, you have everything you need in the neighborhood. The skyline of New York City has changed over the years, and the Upper East side is the perfect spot for people who want to live right in the heart of the city.

Best for people who want to live in a vibrant neighborhood with lots of diversity.

The Upper West Side is one of the residential neighborhoods in the borough of Manhattan. It is another historic area of New York City that is full of history, culture, and breathtaking views of the city.

Furthermore, it has one of the best subways in New York City. It also has the “Grand Central Terminal” which is a popular place to visit, especially on weekends.

What makes it so special is its diversity. It is filled with unique and creative people. People from different countries, cultures, and ethnic backgrounds are drawn to the Upper West Side because they want to live in a multicultural neighborhood with a rich mix of cultural influences.

Best for people who want to live in a diverse and progressive neighborhood with lots of activities.

It is one of the top neighborhoods in New York City and the 3rd most expensive neighborhood in Brooklyn. It has a big mixture of old buildings and new ones. There are plenty of high-end stores and live/work spaces with apartments scattered all over the neighborhood. The neighborhood is full of incredible local shops and eateries and also popular for its many restaurants, bars, coffee shops, and boutiques.

The name “Carroll Gardens” comes from one of the most famous men in American history, Charles Carroll, who is one of the founding fathers of the United and the only Catholic signatory of the declaration of independence. As a result of this, the community is famous for its religious diversity and has many religious groups and subgroups that coexist in the area.

Furthermore, Carroll Gardens has a rich cultural history that will take you back in time. The Museum of the City of New York is located in the neighborhood, and you will be blown away by its architecture.

While the neighborhood is not known as one of the most well-to-do areas of the city, it is known for having a thriving art and cultural scene. It has the Brooklyn Museum and the Brooklyn Children’s Museum which are great places for children and families. There are also many shops, stores, restaurants, and cafes in the neighborhood.

What is so special about Carroll Gardens is its diversity and the fact that there are lots of independent shops and businesses.

Best for people who want to live in a charming New York City neighborhood filled with history, and diversified culture.

Manhattanville is a neighborhood in New York City also called West Harlem. It is known for its rich heritage and historical sites. Some of its most notable landmarks are the New York Botanical Garden and the New York Historical Society.

Manhattanville is a popular tourist attraction because it is home to many cultural institutions and cultural events. It is full of history, amazing architecture, and ethnic diversity.

This NYC neighborhood is a great option for those who want to live in an up-and-coming area of the city. In this multicultural neighborhood, the ethnic and religious makeup is very diverse and it is packed with a great array of people and cultures.

What is special about it is its diversity, history, culture, and the fact that it is home to a diverse array of unique New York City neighborhoods.

Best for people who want a great lifestyle in a residential and historical neighborhood.

Brooklyn Heights was created in 1834 when the city wanted to move its electric wires to Brooklyn. To make this happen, the city had to purchase land from local farmers. The city opened up a brand new residential area by offering the farmers free land in exchange for taking the wires.

This popular NYC neighborhood is full of high-end retail shops, restaurants, coffee shops, and boutiques. It is a charming and peaceful residential neighborhood with great views of the Manhattan skyline, Brooklyn Bridge, and Manhattan and East River bridges.

Manhattan’s East River rises behind Brooklyn heights on a rock cliff, and the East River is one of the best places in the country to view the sunrise. The skyline of New York City can be viewed from here.

The Brooklyn Bridge can be seen up to Connecticut. It is a great place for those who want a quiet neighborhood with a great urban ambiance.

This neighborhood is home to many independent stores, shops, restaurants, and cafés. It is also a great place for New York City commuters because it is well-known for being a great neighborhood for pedestrians.

Best for people who want a great lifestyle in a quiet, inexpensive, and historic New York City neighborhood.

University Heights is a small town with historic monuments in the heart of the Bronx. It is one of the most popular neighborhoods in New York City that attracts many visitors and new immigrants.

What makes it a popular place is its beautiful architecture and old streets that are full of charming and unique shops and restaurants.

There are great places to visit in University Heights and they are the Bronx Zoo and Bronx Community College. The other interesting places in the neighborhood include St. Theresa’s Church,  Yankee Stadium, and many more.

The best part about Fordham and University Heights is that it is a great neighborhood that is within walking distance of almost everything in the city, including the subway and many subway stations.

Choosing a particular New York neighborhood may not be easy at first because these neighborhoods have their distinct characteristics and appeal, and therefore are different from each other.

However, the good part is that, in the end, everything depends on you and your preferences after you must have read our above list of top neighborhoods in NYC.

Ready for your free estimate?